Jennifer Garner Enjoys a Day With Her Mini Moose 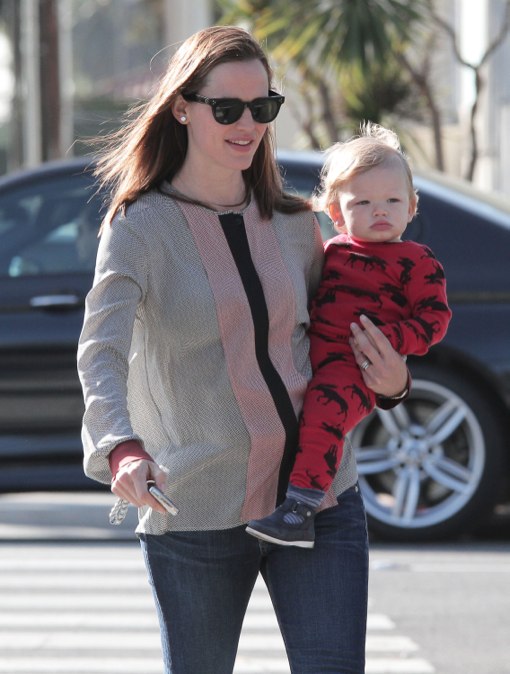 Jennifer Garner was spotted out and about with her son Samuel in Brentwood, CA on Sunday (April 26).

The Butler actress wore a blouse with jeans and flats while carrying the 14-month-old on her hip. He looked adorable wearing a red and navy moose print jumper.

According to The Hollywood Reporter, Jennifer is in talks to join the cast of the film Alexander and the Terrible, Horrible, No Good, Very Bad Day.

The film is an adaptation of the children’s book, which is about a boy who has a terrible day and wishes his family experienced his suffering.  She would star opposite Steve Carrell.