Gwyneth Paltrow: My Kids See Me As a Normal Mom 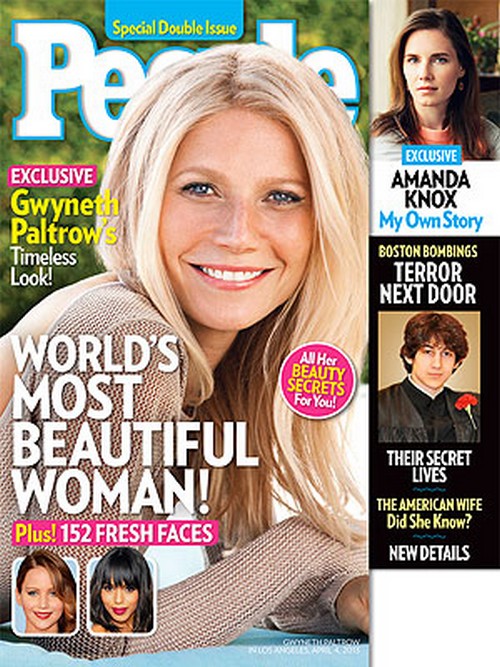 Newly named People’s 2013 Most Beautiful Woman, Gwyneth Paltrow insists her kids, Apple, 8, and Moses, 7, don’t see her as anything but mom.

“Around the house, I’m in jeans and a T-shirt. I don’t really wear makeup. That’s what they’re used to,” she tells the magazine.

Paltrow credits her workout routine for keeping her looking youthful and less tired.

“It makes me look younger and feel strong,” says the actress, who does the Tracy Anderson Method five days a week. “When I first started, I thought, ‘I’ll never be good at this. This is a nightmare!’ But now it’s like brushing my teeth, I just do it.”

She hopes that her healthy lifestyle instills a good body image in both her kids, especially now that her daughter is starting to become interested in things like makeup.

“When we’re home sometimes, she’ll put on mascara. And sometimes I’ll let her wear something out to dinner – but just a little dab,” she says.  “Also having a father who adores you the way that he adores her is very good for your body image. The more we can love her and let her be who she is, the more confident she’ll feel.”

Evan Rachel Wood: Pregnancy Is Not Easy, But Amazing!