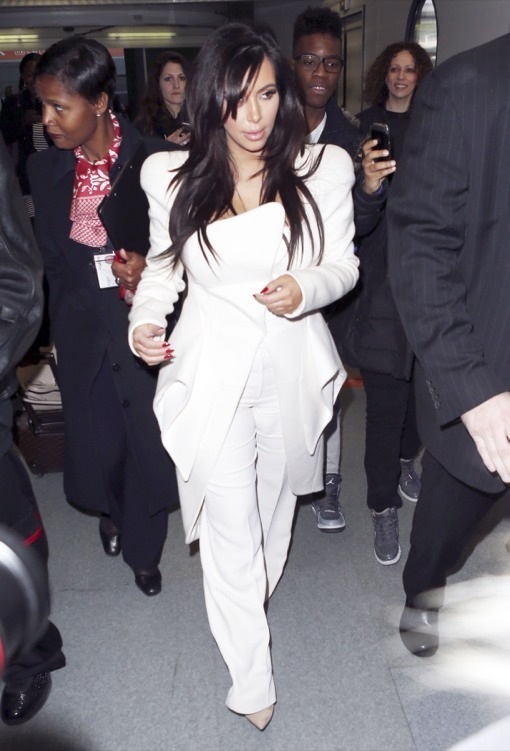 Kim Kardashian touched down at the Charles De Gaulle airport in Paris, France on Saturday (March 2).

The pregnant reality star looked angelic wearing an all white ensemble while being escorted out of the airport terminal.

Kim is most likely in Paris to meet up with boyfriend Kanye West and to attend a multitude of runway shows during Paris’ Fashion Week.

Before leaving Los Angeles, the star wrote a blog post with her difficulty of dressing in the first months of pregnancy.

“For me, I’ve found that I’ve gained inches and I’ve gotten wider but my belly hasn’t popped yet, so I struggle finding things that don’t make me look heavy,” she wrote on March 1. “Some days my baby bump really shows and some days it doesn’t…so I never really know what I’m going to look like.”

“When I really get my bump I will love showing it off, but some days its bigger than others and it hasn’t really popped yet,” she says. “So this in between phase is so awkward to dress.”

Kim is set to give birth in July