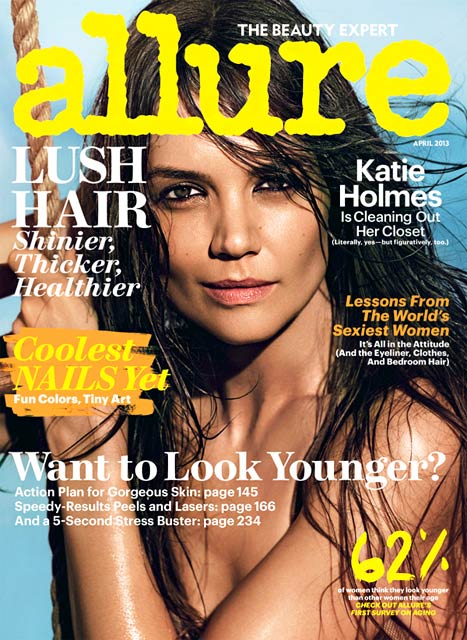 Appearing on the cover of the April issue of Allure magazine, Katie Holmes sports wet hair and swimwear while opening up about her future for the first time since divorcing ex-husband Tom Cruise.

Katie admits that she has not given up on having more children and is open to the possibility of giving 6-year-old daughter Suri Cruise a sibling.

Since splitting from Tom, rumors have circulated that the former Dawson’s Creek star might leave acting to become a lawyer.

“Well, my brother and father are attorneys, and – we’ll see,” Holmes responded of the speculation. “I like the practical thinking of attorneys.”

For her  full interview with Allure magazine, pick up the April issue on sale March 26.