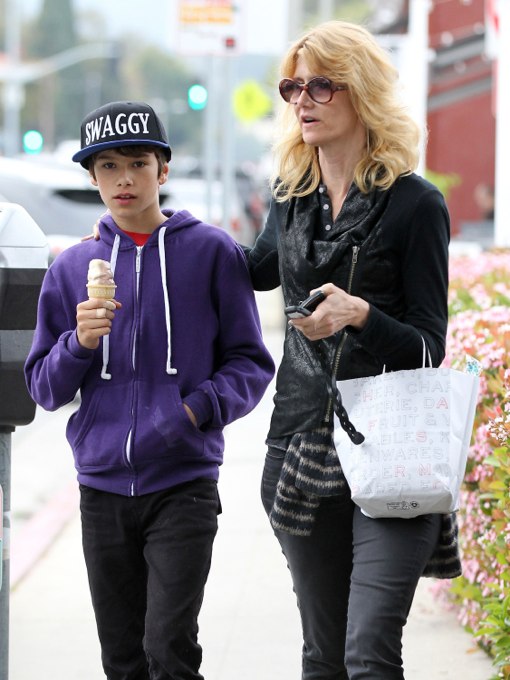 Laura Dern and her son Ellery Walker Harper were spotted out for ice cream in Brentwood, CA on Tuesday.

The Enlightened actress kept a low profile with dark shades as she left the shop. The 11-year-old looked like a stylish soon-to-be teen wearing a ‘Swagy’ baseball hat, a purple sweater, black pants and mismatched shoes.

Dern who played Dr Ellie Sattler in the original 1993 Jurassic Park and 2001’s Jurassic Park III, has said that she is not sure whether she will appear in the fourth film.

“Oh, I don’t know. We’ll see what they do,” she told, adding, “Right now we’re just focused on our party of this summer!”

“I know a little and it’s been ever-changing. It’s been evolving for many years as Steven [Spielberg] has been considering it so that’s all I can say right now.”

Beyonce: I Didn’t Have a Lot of Time To Lose The Baby Weight