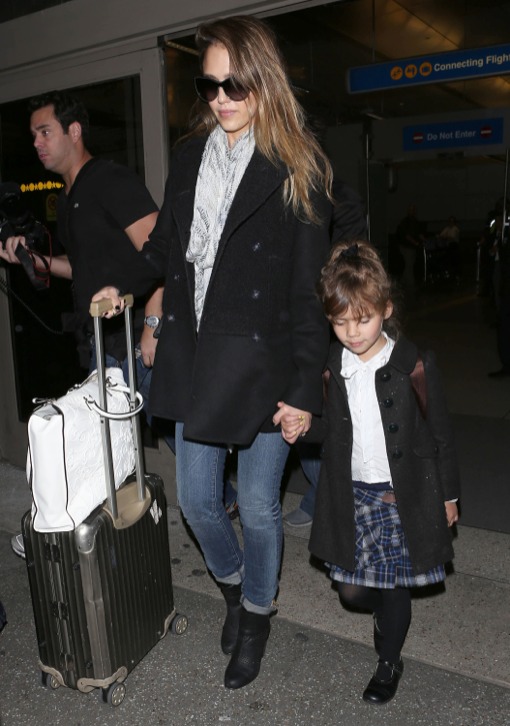 Jessica Alba and her daughter Honor were pictured arriving on a flight at LAX airport in Los Angeles, California on Wednesday (March 6).

Fresh of a girls vacation in Paris during the city’s fashion week, the mother-daughter duo looked surprisingly rested from their long flight as they made their way through the airport terminal. Alba and her daughter toured the sites and shopped at some of the city’s most exclusive stores while on vacation. The actress also got in some alone time while attending a multitude of runway shows.

On Tuesday, Alba was spotted at the Valentino and Autumn Winter 2013 Shiatzy Chen Show. She also viewed the designs of Stella McCartney, Kenzo and Diesel.

Jessica Simpson: “I’m Having a Boy!”