Holly Madison Has Checked Into The Hospital, Ready To Give Birth To Her Daughter 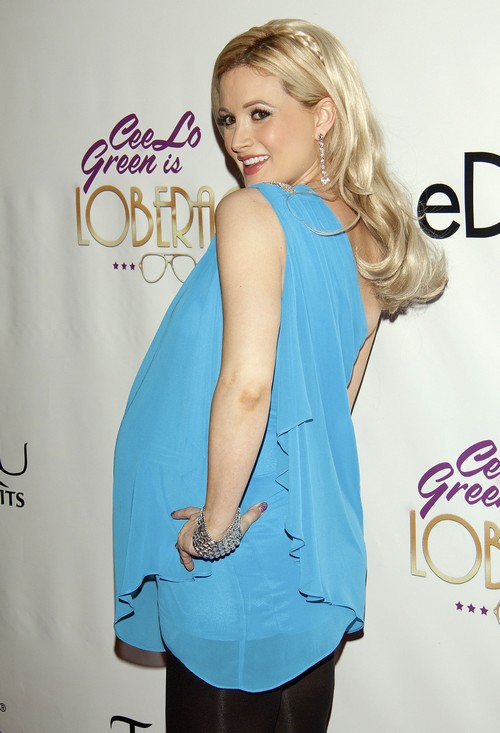 Holly Madison is preparing herself for what is about to become the most painful experience in her life.. BIRTH! Yes, the former Playboy starlet has checked into a hospital in Las Vegas and is gearing up to do a whole lot of pushing as she welcomes her baby girl which she assumes will be in the couple of days. Madison, who has previously stated she would love to have more kids in the near future, explained that her baby daddy Pasquale Rotella would be by her side once she pops.

“It’s time now. We have decided to induce the delivery if necessary,” the 33-year told Las Vegas Sun: “I will go in Monday afternoon or early evening. It still might take up to three more days, though.” When asked who was more excited about the birth of their daughter, Madison continued they will “know when the baby is born” but she’s “not going to be tweeting during the delivery.” Oh thank goodness,- I doubt that it would have even been possible for her to tweet while going through all of that pain. Yikes.

We’re eager to know whether or not her former lover Hugh Hefner will come to see her once she’s given birth, seeing that they were together for so many years. Holly dreamt of having babies with Hugh before she decided that waiting for Hefner to finally “be ready to have more kids” was taking forever — he gave the impression that he didn’t want to be with her as much as she had wanted to be with him. Luckily, she found the love of her life in the end and they are in a happy relationship.

In regards to baby names, Holly said she wouldn’t be telling anyone about the name that she and Pasquale had picked out, mainly because they may change it in the next couple of days: “We have her name picked out, but that has to remain a secret for now,” she said. “It’s such an unusual and difficult name I have a feeling we’ll add something simpler once she’s arrived safely in our world.”

We wish Holly the best of luck.