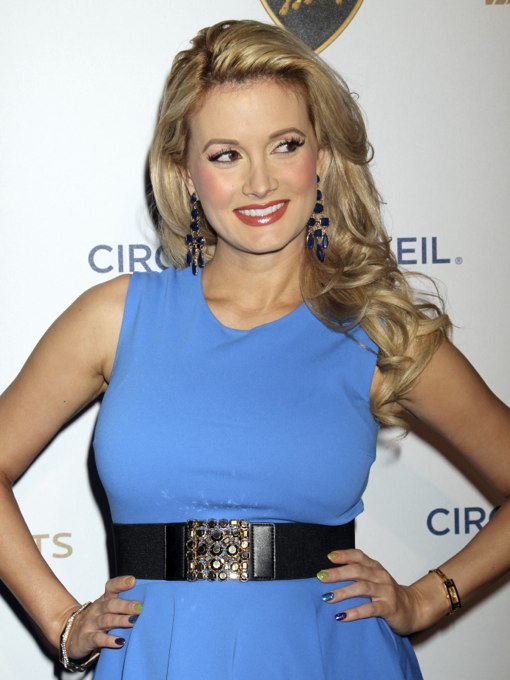 Almost three weeks after welcoming her first child, Holly Madison claims the biggest challenge she has faced so far is breastfeeding her daughter Rainbow.

“Breastfeeding is the biggest challenge,” she told while making her first appearance since giving birth at the Cirque Du Soleil’s One Night For One Drop benefit show.

“I took classes — and I don’t want to discourage anyone from nursing — but I’m surprised at how much work it is and how much you’re on call,” Madison admits, adding, “I’m happy to do it since it’s healthy for my baby.”

The former Girls Next Door star says she “did her research” during the pregnancy, but has found that her preparation pales in comparison to actually experiencing it.

“It’s a 24-hour thing, as any new mom knows,” she tells. “I was as prepared as I could be and [I’m still learning] how time-consuming it is.”

Despite looking slimmer in her blue Diane von Furstenberg dress, Holly laughed that it was all an illusion.

“I’m wearing this because it flares out,” she explains. “The skirt masked my gut!”