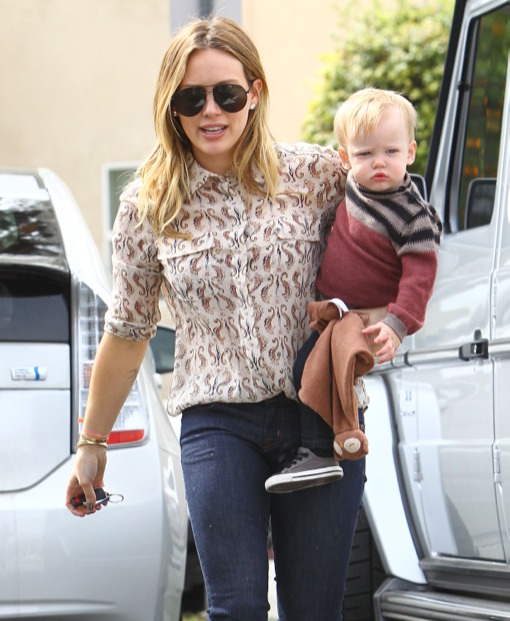 Hilary Duff were spotted heading to a Babies First Class with her  son Luca in Sherman Oaks, California on Wednesday (March 6).

The She Wants Me actress wore a seahorse printed blouse with ankle jeans and beige pumps while heading to the class with Luca. The 11-month-old looked like the spitting image of his father Mike Comrie while being carried by his mom.

The duo headed to Paquito Mas to pick up Mexican food after .

Later in the day, Duff took to her Twitter account to tweet a photo of  sister Haylie hugging Luca while she smiles at the tow in while in a pool.

Duff and her family recently returned from a vacation in Maui, Hawaii.