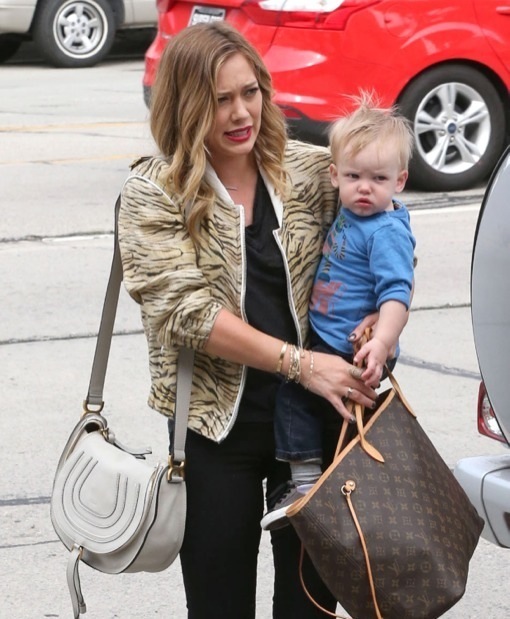 Hilary Duff, her husband Mike Comrie and their son Luca enjoyed a day together in West Hollywood , California on Sunday (March 3).

The singer wore a black outfit under a animal print jacket as she carried Luca to a Restoration Hardware store. The 11-month-old looked cranky to see photogs while wearing a simple blue top and jeans.

Later, the family headed to Frida Mexican in Beverly Hills to enjoy supper together.

Duff recently revealed that Luca reached a major milestone in his life.

“Well I officially have a walking baby on my hands!” Duff wrote. “It’s hilarious . . . the wobble makes it look like he’s 3 drinks in!”

Perhaps, he started walking in Maui where the family recently vacationed for a week.