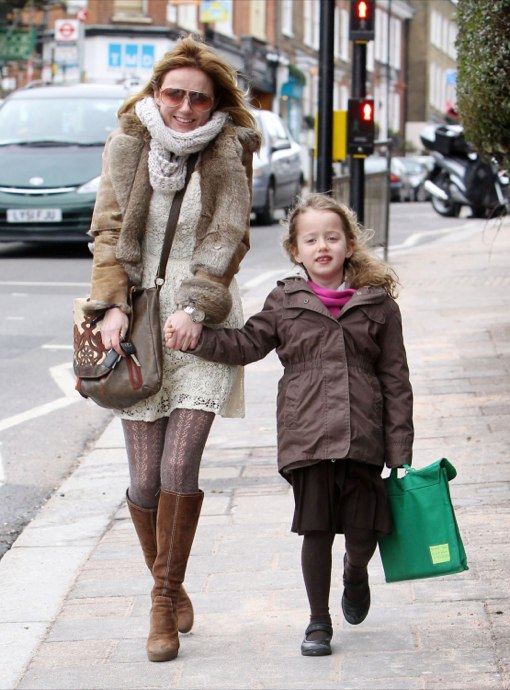 Geri Halliwell stepped out with her daughter Bluebell in London, England on Monday (March 11).

The Spice Girls singer looked stylish in a lace dress under a leather and fur jacket with matching brown boots.  The 6-year-old held her famous mom’s hand and a green school tote while they walked to her school.

On Sunday, Geri celebrated the british Mother’s day with her daughter. She took to her Twitter to show off a card Bluebell had  given her for the special day.

Geri is currently in the process of recording her fourth solo album. She confirmed the news on Twitter.

Olivia Wilde: I Can’t Wait To Have Children With Jason Sudeikis

Geri Halliwell On Vacation With Her Family