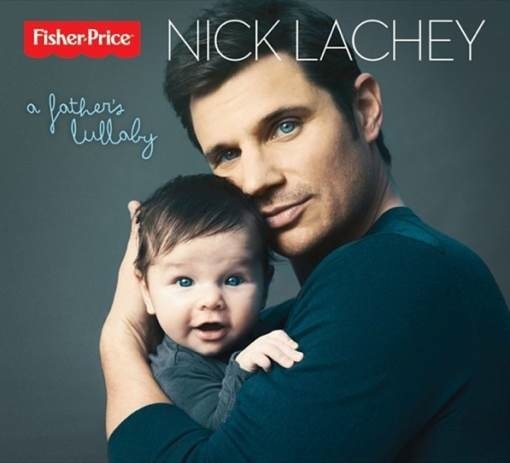 How adorable is this picture?

Nick Lachey‘s baby boy Camden, shares the spotlight with his dad on the cover of the singer’s upcoming album, A Father’s Lullaby.

In the adorable shot, the 5-month-old looks just like his dad with piercing baby blue eyes and dark hair while being snuggled close.

“When I first learned that I was going to be a father, I was inspired to create a special tribute to my son,” the proud dad and husband to Vanessa Minnillo said in a release for the album. “Music has always been an incredibly significant part of my life and a meaningful way in which I express myself.”

The new album, which is being produced in conjunction with Fisher-Price and Mood Entertainment will feature 12 songs, including 4 original tracks co-written by Nick.

The album’s title song, Father’s Lullaby, was written as a tribute to both Nick’s father John and to his son Camden, “representing the passing of love from generation to generation.”

A Father’s Lullaby will be available for download on iTunes and Amazon.com on March 13.