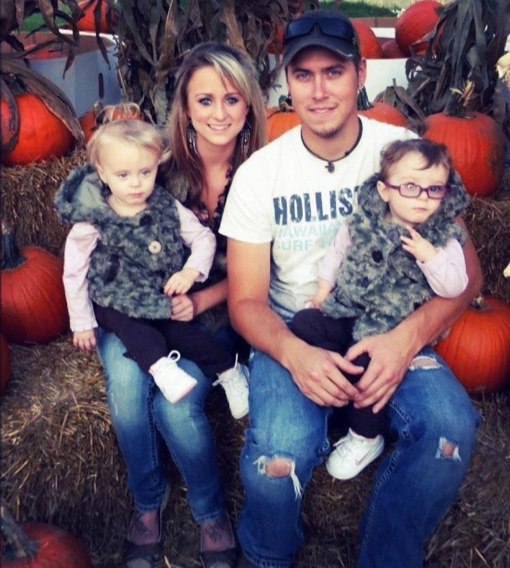 Leah Messer is a mom again!

The reality star announced the happy news that they were expecting in November 2012.

“I’m not going to say it wasn’t planned, because we intended to try — eventually. It just happened a little sooner than we expected. Our parents are thrilled. It’ll be Jeremy’s parents’ first grandchild, so they’re really excited,” she told at the time.

Messer already has 3-year-old twin daughters Aleeah and Ali with ex-husband Corey Simms, whom she divorced in April 2011.

She married pipeline engineer Calvert a year later in June 2012.

Anna Paquin Does Some Solo Shopping With One Of Her Twins