Anna Paquin Does Some Solo Shopping With One Of Her Twins 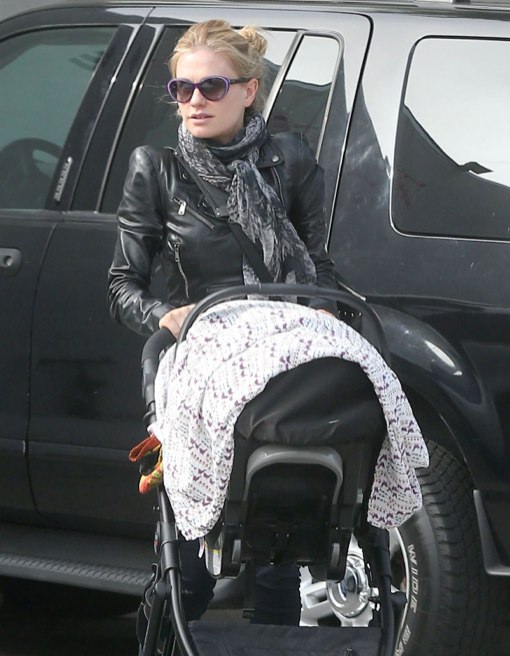 Anna Paquin was pictured taking one of her twins to Bill Hargate Costumes in West Hollywood, CA on Tuesday (Feb. 5).

The True Blood actress with the help of an assistant made sure her 5-month-old was covered with blankets, so the paparazzi couldn’t get a picture of their faces.

Paquin and her husband Stephen Moyer have done their best to keep the faces of their babies from being pictured. The two are very private and have even refused to release the babies names.

Meanwhile, the Canadian-born star is set to return to the big screen staring as Rogue in the new X Men movie, which is slated for a 2014 release. Later this year, she will start filming Black Wings Has My Angel alongside Tom Hiddleston and Elijah Wood.

Pink: When Willow Was Born My Whole Life Made Sense