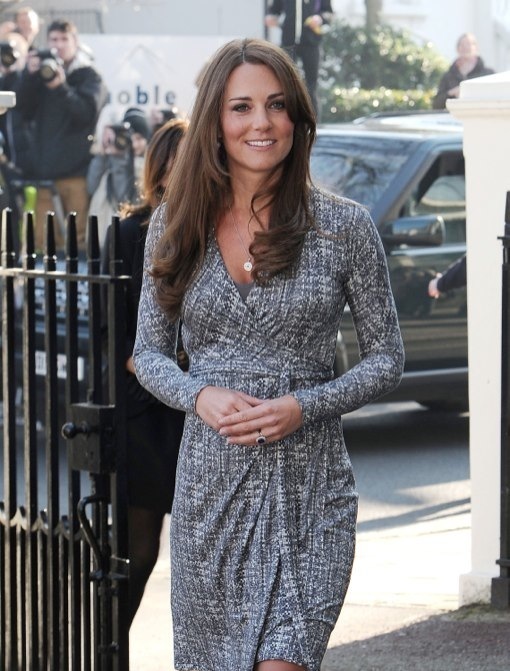 Look at that royal bump!

Kate Middleton visited women recovering from addiction at the Hope House for the Action on Addiction Charity  in London, England on Tuesday.

The Duchess of Cambridge looked tanned while showing off a tiny bump in a grey MaxMara dress.

The appearance marked her second official public appearance since announcing her pregnancy in December 2012.

Middleton is fresh off a babymoon in Mustique with husband Prince William.

While on the island, Che Magazine published pictures of Middleton in a tiny blue bikini while frolicking in the water with Prince William.

St. James’s Palace said in a statement that they were “disappointed that photographs of the Duke and Duchess on a private holiday look likely to be published overseas. This is a clear breach of the couple’s right to privacy.”