Mark Wahlberg Is a Basketball Dad 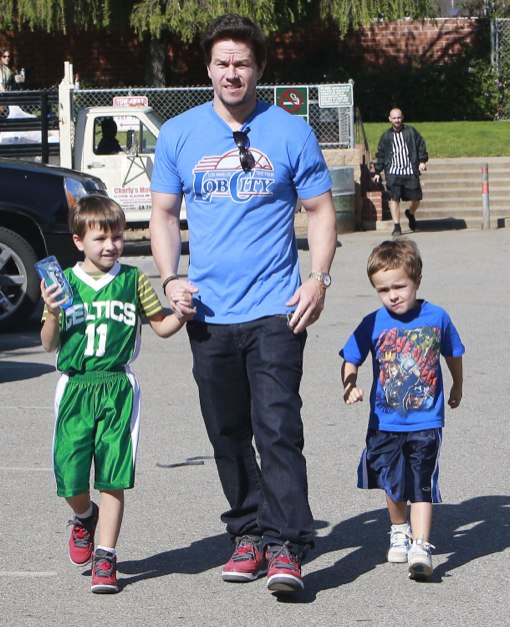 Mark Wahlberg was spotted taking his sons Michael and Brendan to play basketball in Brentwood, Ca on Sunday (Jan. 27).

In rather disgusting news, Wahlberg revealed that he is recovering after having a in-grown toe nail pulled out on the Ellen DeGeneres Show last week.

“The thing was just growing the wrong way… and the guy, Mickey O’ Keefe, who played himself in The Fighter, his daughter-in-law, thank God, is a podiatrist (and she) came and cut half my toenail off,” he told.

Gwen Stefani & Gavin Rossdale Spend The Weekend With Their Kids