Helen Hunt Opens Up About Parenthood 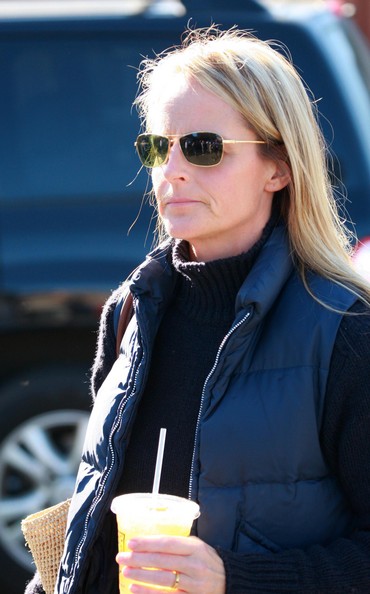 Great news for Helen Hunt! Not only was the actress nominated for an Academy Award yesterday, but she’s also been hard at work cementing her family life and making her daughter, Makena Lei, the priority. In a recent interview with the UK’s The Daily Mail, Hunt opened up about having a daughter in her 40’s and how she struggled to conceive said daughter.

She says, “Part of me wishes that I’d started having children earlier and had four of them. But that’s not the reality. I had to fight like a wild animal to get pregnant with my daughter; I went through a lot of rigorous fertility stuff. I think I have more appreciation of motherhood having had my daughter later. But the upside is that I’m a better person now than I was when I was 20-something. I’m not perfectly patient all the time, but I don’t say, ‘Ugh, I’ve got to pick up my kid at three o’clock.’ The fact that I get to pick up my daughter is great – it’s rare that I roll my eyes.”  Although Makena Lei is Hunt’s be all and end all, Hunt also plays stepmother to husband Matthew Carnahan’s young son Emmet. “Being a stepmum is kind of calculus parenting, as in more complicated parenting. With my daughter I do my best to figure out what’s right for her. With my stepson I like to think of myself in some fairy-godmother position; I’m just hovering around, wishing him and everyone in the family well and chiming in when I’m asked. He’s very lucky that he has four great parents,” she explains.

Hunt’s career hit the skids and she disappeared from the film scene altogether. Back in the day, Hunt was one of the most sought after actresses in Hollywood and acted in some of the biggest films of all time, but she disappeared and focused on her personal life for a while. The actress was nominated yesterday for a Best Supporting Actress Oscar for her role in The Sessions.

And just like that, Helen Hunt was back in the public eye forever.