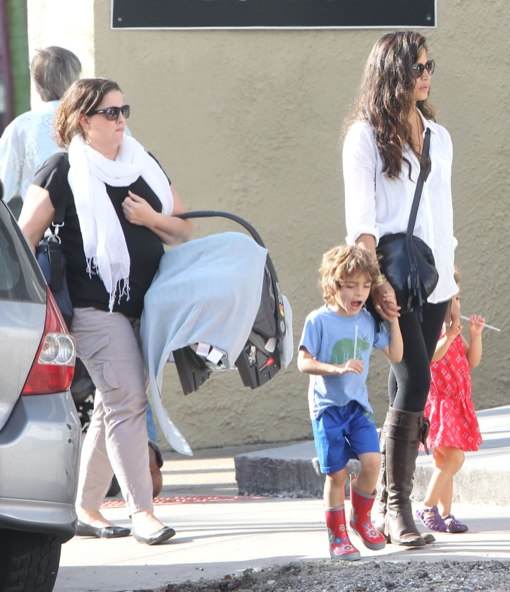 The model who only gave birth one month ago showed no signs she was ever pregnant. She looked slim as ever in a white blouse and tights while holding the hands of Levi and Vida. A nanny followed behind carrying Livingston in carseat that was covered with a blue blanket.

McConaughey announced the news that he and Alves had welcomed their third child via his Facebook profile.

“Camila Alves gave birth to our third child yesterday morning. Our son, Livingston Alves McConaughey, was born at 7:43 a.m on Dec. 28, 2012,”McConaughey wrote. “He greeted the world at 9 lbs. and 21 inches. Bless up and thank you for your well wishes.”

The actor and his family are staying in Louisiana while he films the high anticipated film, The Dallas Buyers Club.

Ben Affleck: I Would Do Whatever I Could to Discourage My Kids From Acting