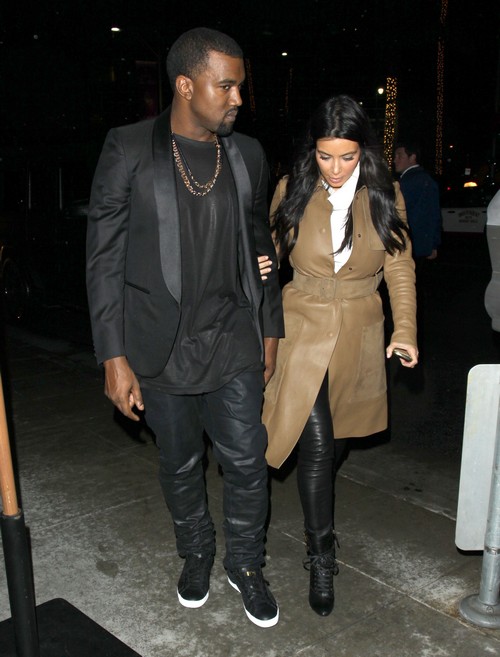 After many many months of rumors, Kim Kardashian is finally pregnant.  Kim and her rapper boyfriend Kanye West are expecting their first child together.

Kanye let the cat out of the bag at his concert, as he was performing he dropped the bombshell news to his fans by says,  “Stop the music… Make noise for my baby mama right here”.

Once Kanye dropped the news the Kardashian/Jenner machine went to work and they tweeted the news out on her twitter account, ““Keeping secrets is hard with so many family members! Especially when you are so freaking excited!!!!! LOVE is everything!!!!,” while Kourt wrote: “Been wanting to shout from the rooftops with joy and

Kim is apparently 12 weeks pregnant.  Kim and Kanye have been dating since early 2012. I wonder how her estranged husband Kris Humphries feels about this, after all they are still married!

Congrats to Kim and Kanye, let the Kardashian/Jenner publicity train start to roll!