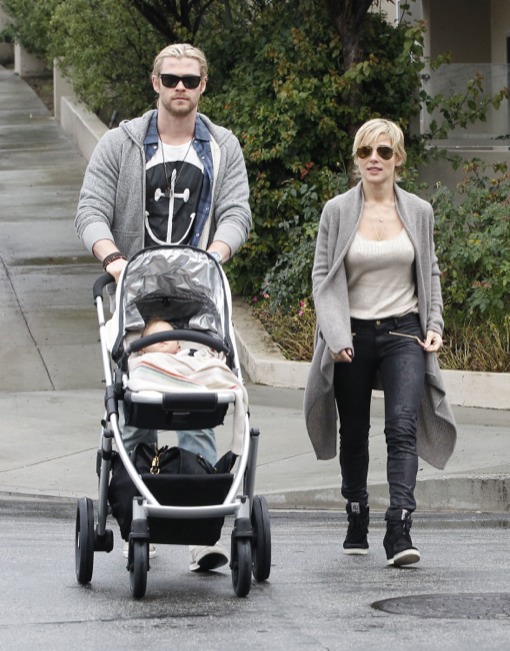 Chris Hemsworth and his wife Elsa took their daughter India to breakfast in Santa Monica, Ca on Monday (Dec. 24). The proud dad pushed India’s stroller while Elsa walked alongside showing off a new short (and lighter) haircut.

Hemsworth has been named Man Of The Year by Empire magazine.

“Man of the Year? I’d love to be man of the house but with my wife and now my daughter I don’t think I’ll ever hold that title…They certainly run the show. But any sort of indication that people like what you’re doing, and which in turn allows me to keep doing it, is a huge plus,” he told of the of the honor.

“I love staying busy and I think the next challenge is to be a bit more choosy with what you’re doing and not overexpose yourself in a lot of ways. But also, having a kid in amongst this year has been the best distraction because it certainly made everything fade into the background, in the best way, and put things in perspective,” he added.

Russell Crowe Goes To Lunch While Catching Up With His Children