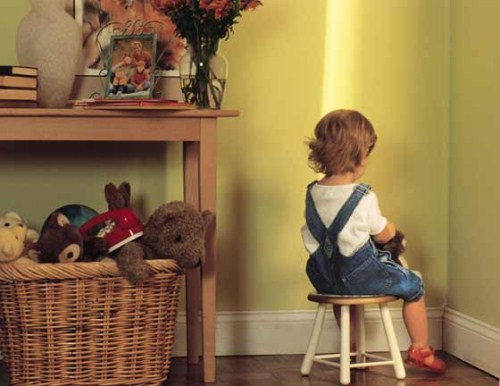 As of lately we’ve been having an ‘issue’ with my 3 year old. He’s having a bad problem with telling lies. I’m really stumped on how to parent this situation so I’ll just walk you through how I’ve been handling it and any advice rocks!

I think the first thing you have to determine does your little one understand that they actually ARE telling a lie. I’ve really been going back and fourth with this one here. Our son is totally potty trained and gets pull ups at night. Last night I put him in his pull up and he instantly peed in it. I was frustrated and asked him “who peed in your pull up?”. His immediate response was “Aubree did it” (Aubree is his 1 year old sister…clearly not.) So I tried 1,000 different ways to get out of him that he in fact peed in his pull up. I used things like “Should I punish Aubree then?” and he would say “yes, she did it.” Obviously I KNOW for a fact that Aubree did not pee in his pull-up. We had an issue earlier in the week over a broken toy and although I doubted Aubree could do it, I didn’t have concrete proof to prove him wrong so I had to just talk that one out with him and hope for the best.

Jacob knew I was upset about him peeing in the pull up but I kept explaining to him that he wasn’t in trouble. He kept saying things like “I didn’t mean to..” but then would revert right back to the “Aubree did it”. He was getting upset, I was getting frustrated. Finally I started to walk him through the process of lying. I told him that mommy knows for sure that Jacob peed in the pull up and saying Aubree did it is bad. That’s a lie. I then tried to explain the good of truth and the bad of lies, in a very three year old mind set.

He obviously understands the idea of if I tell mommy someone else did it, I won’t get in trouble. So he gets the sneaky side of it, but I’m not sure if he understands the severity of lying (in general, obviously not over peeing in the pull-up). I’m not sure what the right ‘age’ is to explain and or punish over lying. I think for all kids that line can be different. I think it depends on how your kids are intellectually and how they can comprehend things that take place around them. My best suggestions for dealing with early lying is to try to talk it out. Explain to your kids what a lie is, explain why it’s bad and explain that even though telling the truth is hard it’s the right thing to do. If it’s something that starts to happen frequently enough , as it is with us, then it’s something you might need to take to the next level. I know for Jacob that he understands enough about lying to know it’s bad. I just hope it’s a habit that we can break or at least get him to know right from wrong at an early age. Unfortunately for my son, his sister is so much more verbal than he was at his age and due to his delay their communication levels are going to quickly catch up to each other and hopefully we’ll be able to get two sides of the story. I can also say, it hit me last night: my son isn’t a baby anymore. We’re no longer dealing with grabbing and not sharing our toys, he’s growing up and we’re now going to have to start dealing with ‘grown up’ kid problems.. like lying. ay!