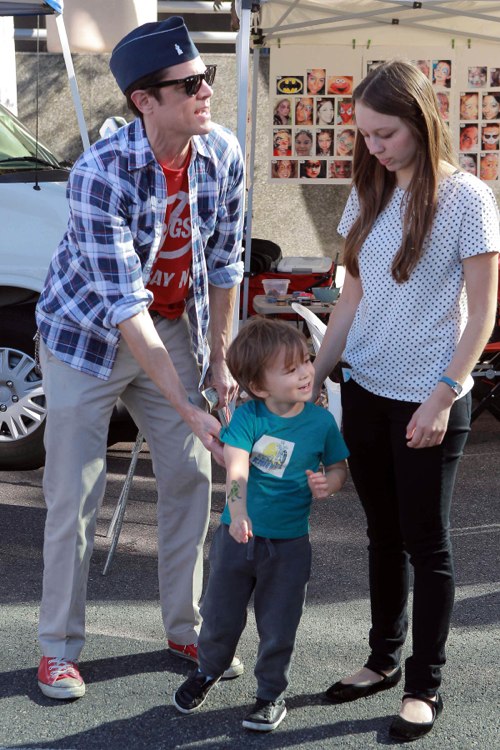 Johnny Knoxville took his 16-year-old daughter Madison and 2-year-old son Rocko to the farmers market in West Hollywood, Ca on Sunday.  They were spotted browsing the stalls before stopping to get Rocko a fake tattoo.

In 2010, the stuntman explained he was trying monitor his daredevil antics since he became a father to Rocko.

“I hope I’m a good father. Sometimes I get excited and things happen and I’m trying to do good,” he told.

He admits that his eldest daughter Madison has seen her fare share of his stunt mishaps and wild antics while growing up.

“I was babysitting my daughter and her friends, they were all at the house one day and I set up the backyard as a shooting gallery with helium balloons and whatnot and we were having fun shooting the helium balloons when the cops burst in and ordered me down to the ground with guns,” he said recalling one incident.

“(Cops) came in my house! Apparently someone said there were shots fired in the neighbourhood”.

What do you think of Knoxville’s stunts?