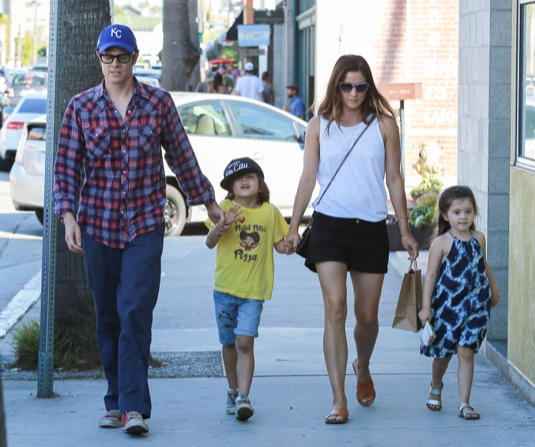 Johnny Knoxville and wife Naomi Nelson were spotted picking up ice cream with their children Rocko and Arlo Clapp in Venice, CA on Tuesday (Sept. 22).

The Drunk History actor was dressed in a plaid shirt and jeans with red sneakers as he held his sons hand. His wife and daughter walked with them.

Knoxville’s career is keeping him busy as of late.

The actor is starring alongside Jackie Chan and Bingbing Fan in the upcoming film, Skiptrace. The film scheduled for release in China on December 24, 2015.