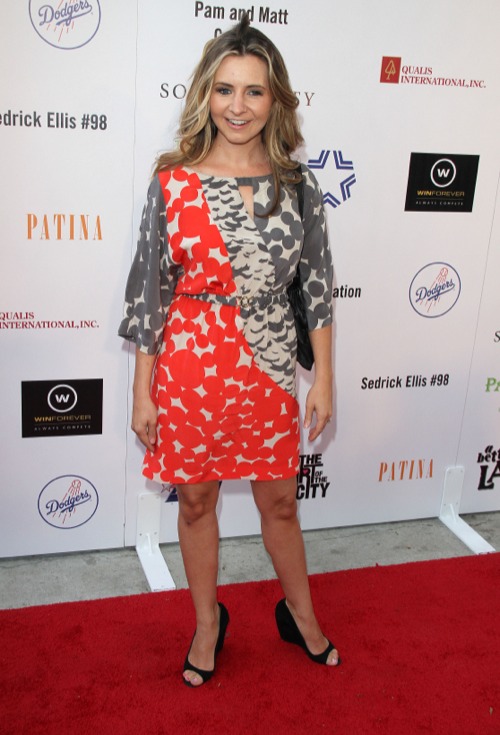 The Secret Life of the American Teenager actress admits she thought something was up after developing a keen sense of smell around four months ago.

“My sense of smell was off the charts, to the point where I could smell a kid’s dirty diaper from the other side of a restaurant,” says Mitchell.

Still, the news took a little while to sink in.

“I was like, ‘No, it can’t be that,’” says the future mama. “I took seven pregnancy tests. I went to the doctor and had two more tests and they were like, ‘Bev, usually when the first one comes out positive, the rest of them will all say the same thing.’”

The 7th Heaven star said her longtime friend Jessica Biel was one of the first people to find out the happy news.

“Jess was one of the first to know [the baby news]. I started crying,” says Mitchell. “It was really exciting to share that with Auntie Jess.”

Mitchell is expected to give birth in early April.