Alicia Keys Touches Down With Egypt 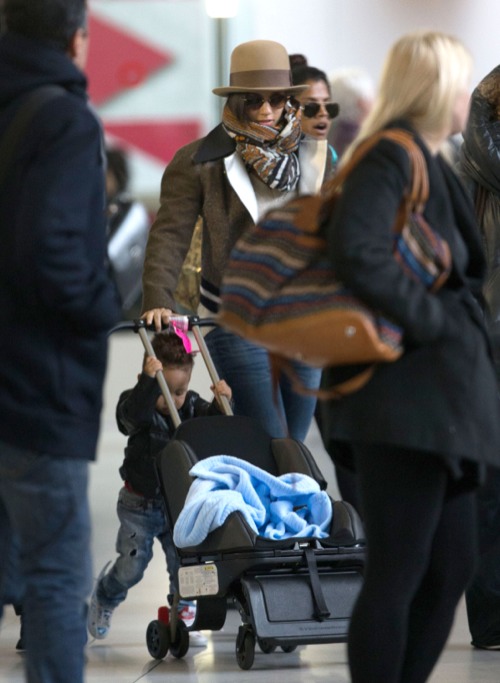 Alicia Keys was seen arriving on a flight at the Roissy Charles de Gaulle airport with her son Egypt in Paris, France on Monday (November 12). Keys was dressed warmly while her 2-year-old tot helped push his portable airline seat out of the airport terminal.

“It’s a new adventure for me, and I’m really enjoying it,” the Grammy Award winner said in an interview.

Chad Lowe: “I’m Trying To Bank Some Sleeping Hours” Before Our Baby Arrives