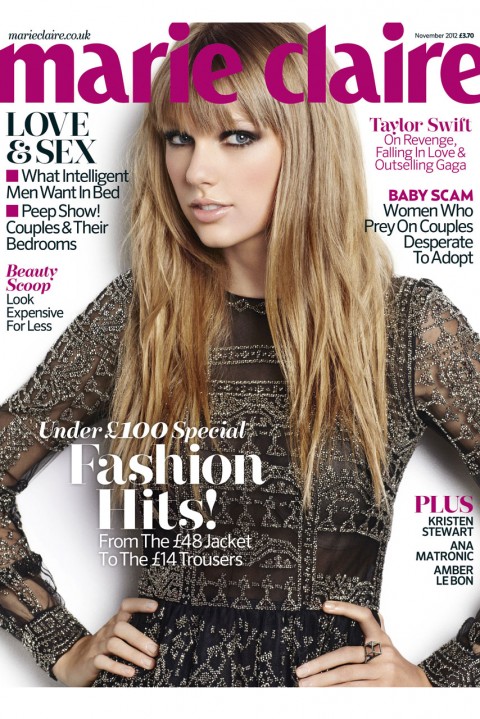 Taylor Swift wants to have at least four children.

In an interview for the cover of Marie Claire‘s November issue, the singer opens up about her hopes and dreams for the future. She reveals that she’d like a minimum of four kids and that her unborn children already factor in decisions she makes in her life now.

“I want to wait a while, but the idea of pouring everything you are into another person when you become a parent has always been amazing to me,” Swift reportedy told the magazine.

The 22-year-old recently topped Forbes magazine’s list of highest paid celebrities under the age of 30 and is saving up her hard-earned cash for her future family.

“That money will be really good for sending my kids to college some day — or maybe I’ll have a few more kids than I thought,” she said. “I want a bunch of them running around, minimum four.”

So, who does Swift see herself creating a family with?

The songstress is keeping mum on that topic and has yet to confirm her two month relationship with Conor Kennedy.

“I don’t talk about my personal life in great detail,” the country singer said. “I write about it in my songs, and I feel like you can share enough about your life in your music to let people know what you’re going through.”

Swift will release her fourth album, Red, on October 22.

Cameron Diaz Is Okay With Not Having Children