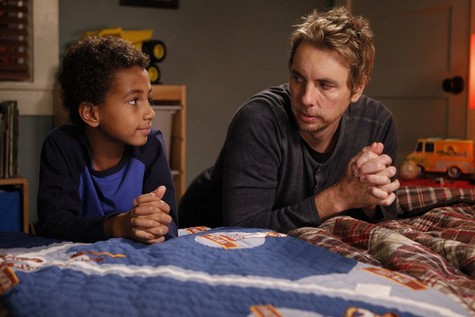 Tonight on NBC is a new episode of Parenthood after a one week hiatus.  Tonight’s episode is called “I’ll Be Right Here.”  Last time we saw Parenthood Kristina divulged her health news to the family, who rallied around her. Meanwhile mounting anxiety and a work incident forced Julia to prioritize her life and make a huge decision and Joel became nervous for Victor’s performance at his first baseball game. Sarah was caught in a sensitive moment with Hank and demanded a conversation. Also, Crosby questioned his ownership share in the Luncheonette.  If you want to catch up with the show you can catch a full and detailed recap here!

Official Synopsis of Tonight’s Show: Kristina (Monica Potter) is at a loss when she learns Max (Max Burkholder) must give his speech in his bid for class president on the same day as her surgery as Adam (Peter Krause) struggles to contain his nervous energy. Meanwhile, Drew (Miles Heizer) is upset with Sarah’s (Lauren Graham) decision to move them into Mark’s (Jason Ritter) apartment, Joel (Sam Jaeger) is concerned for Julia’s (Erika Christensen) health and well-being as she attempts to be “super mom,” and Ryan (Matt Lauria) asks Amber (Mae Whitman) out on a date.Craig T. Nelson, Bonnie Bedelia, Savannah Paige Rae, Tyree Brown, and Xolo Mariduena also star; Sarah Ramos guest stars.

After the last episode of Parenthood I expect tonight’s episode to be a total tearjerker, I have my box of kleenex ready.  Tonight’s episode looks like it is going to be great and you won’t want to miss it, so be sure to tune in for our live coverage of NBC’s Parenthood at 10:00 PM EST!  While you wait for the recap, check out a sneak peek of tonight’s episode below!