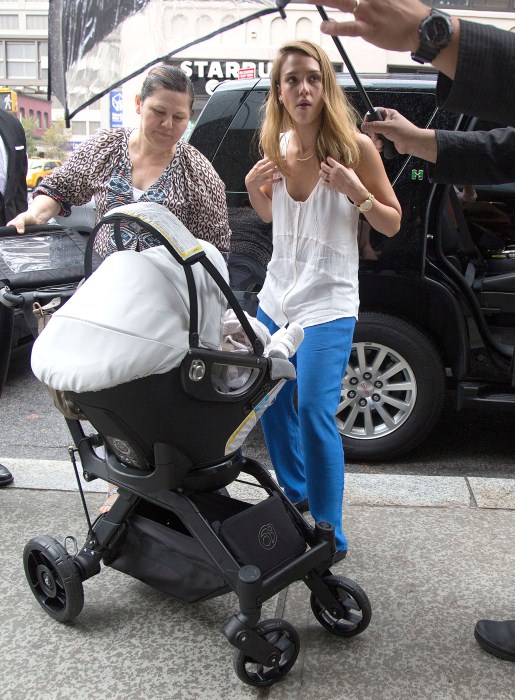 Jessica Alba and her one-year-old daughter Haven Garner spent the day out in New York City on Thursday. Alba wore bright blue jeans as she was pictured opening the tots Orbit stroller with some help from an assistant.  The mom then took Haven out of their chauffeured car while a security guard held an umbrella over their head in order to shield them from the rain.  Haven looked adorable in a cute pink poofy dress and white sweater with matching socks.

On a recently trip to the city, Alba and her husband were spotted flying coach while their children and their nanny flew in first class.

“Everyone was doing a double take, seeing Jessica Alba sitting in coach, while her kids and nanny were in first class,” a passenger told Radar Online.

The couple who were sitting in the first bulkhead row of coach, were still close enough to the kids to spend some quality time with them though.

“Cash was such a doting dad, walking Haven up and down the aisle during the flight. It was really cute.” the passenger added.