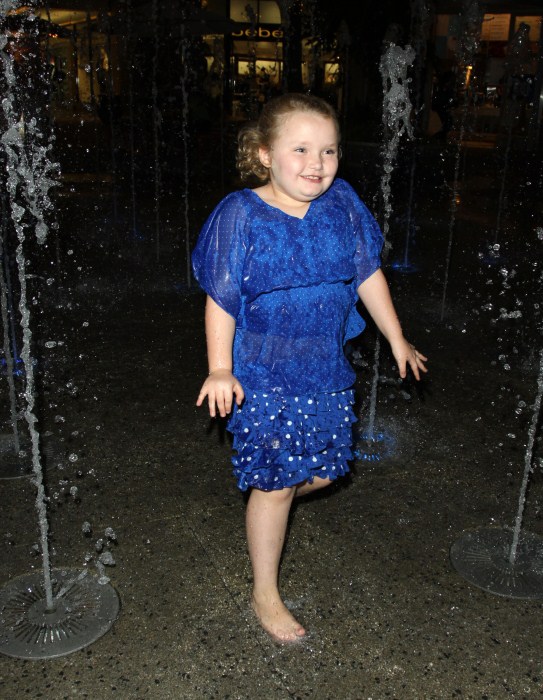 Watch out celebrities cause Honey Boo Boo is in town!

Here Comes Honey Boo Boo star Alana Thompson and her mom June Shannon were spotted enjoying a night out in Hollywood after making an appearance on the Jimmy Kimmel Live on Monday.

The duo who were joined by Alana’s bodyguard as they took a stroll through the Hollywood & Highland mall. When the little star came across a decorative fountain she didn’t pass up the chance to enjoy a run through it.  Alana laughed while get soaked in her blue blouse and matching polka-dot skirt.

While the pint-sized star was on the Jimmy Kimmel Live she revealed that she is throwing her support to, “Marack Obama” in the upcoming presidential election.

“Marack Obama,” she replied when the host asked who she would be supporting this year.

“Is there any way that Mitt Romney can win your vote back?” he continued, but by then Alana had moved on, making faces at herself in a camera off stage.

Tyra Banks: “I’m Really Ready To Have Some Babies!”