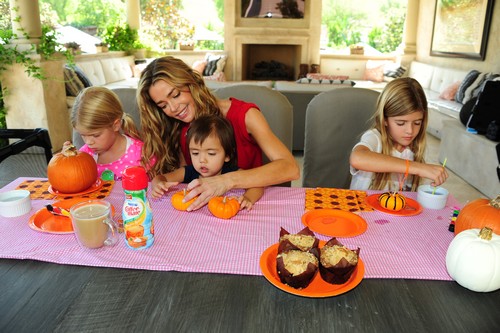 Everything’s coming up pumpkin for the Richards clan!

Denise and her adorable daughters enjoyed a fall brunch outdoors while painting pumpkins and noshing on pumpkin muffins.

We will soon be able to see Denise in the new ABC Family pilot “Socio.”   The new one-hour drama series centers around teenager Danny Ryder (Avan Jogia) returning home after serving five years in custody for murdering his aunt when he was 11.  Denise will play his mother, Karen Ryder, once the town’s ruling socialite but now forced to defend her son when a fellow student is killed shortly after his return.  The pilot is currently in pre-production.