Jennifer Garner Is A Piggyback Mom 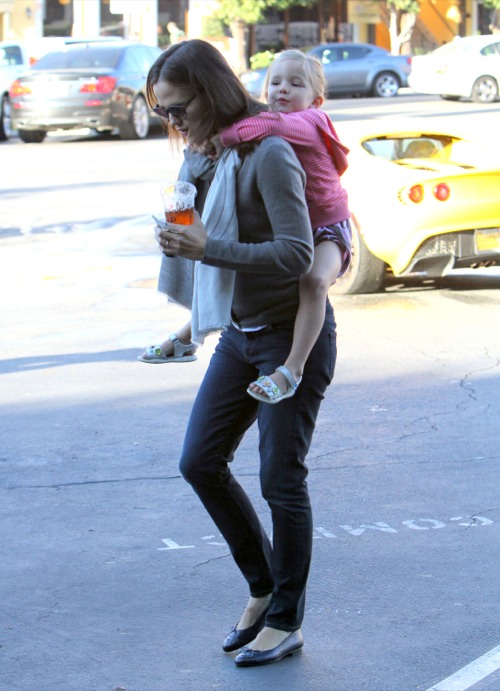 Jennifer Garner and her daughter Seraphina spent the morning together at Brentwood Country Mart in Brentwood, California on Wednesday.  The mom of three was pictured giving the youngster a piggyback ride back to their car while drinking and iced drink.

The actress’ production company, Vandalia Films has signed a first-look deal with Universal Television. The first project to come out of the pact is an untitled comedy from writer Ellen Rapoport, which has sold to NBC. The comedy tells the story of Allie, a nerdy, twenty something overachiever who is befriended and taken in by two promiscuous party girls. They give her the adolescence she never had, while she teaches them how to grow up.

Jessica Simpson: Is “Focused & Determined” To Lose The Baby Weight