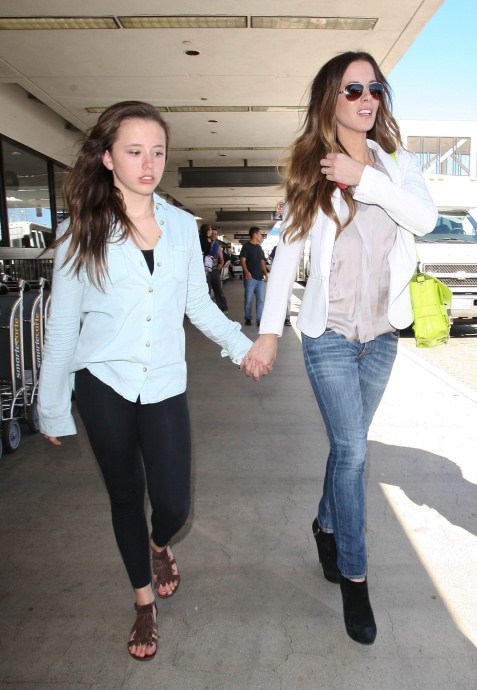 Kate Beckinsale was spotted arriving at LAX in Los Angeles, CA with her director husband, Len Wisemen and 13-year-old daughter Lily on Saturday. The actress wore a blouse with a white blazer paired and skinny jeans as she and Lily held hands while exiting the terminal. Lily who looks like she went under a growth spurt wore a lose fitting blouse with black leggings and flats.

The Total Recall recently told that Lily is not bothered by her exploits in Hollywood and would rather talk to her friends.

“Im still allowed to hold her hand sometimes. Mostly she just goes, ‘Oh that was great, well done’ and then she goes back on Tumblr, or whatever it is that they do, and talks to her mates.

”She very much sees me as her mum and the other stuff is secondary.”

Kate Beckinsale: “I’d Love To Have A Baby!”