Jessica Simpson: “All The Weight Did Not Come Off With The Baby!” 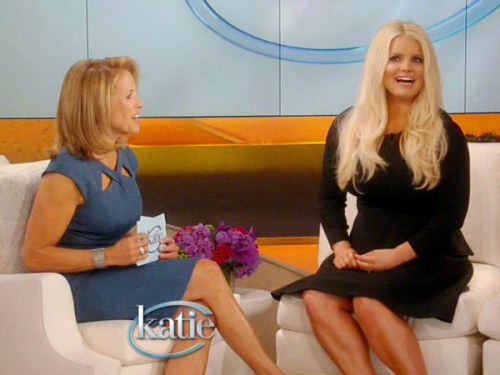 Jessica Simpson whose lost 40 pounds made her first appearance since giving birth on the Katie Couric show on Monday. The singer talked about her weight gain during pregnancy, the struggle to lose the weight after giving birth and her role as a Weight Watchers spokesperson.

During the interview, Simpson tells she didn’t plan to gain so much weight, but didn’t do much to prevent the weight gain.

“During pregnancy, I didn’t really think about it,” she told the talk show host. “I thought my doctors were telling me that it was just a lot of water and whenever my water broke my whole entire stomach would go down but that did not happen.

However, that did not happen!

“All the weight did not come off with the baby!” she laughed.

Now a spokesperson for Weight Watchers, Simpson has not only changed her eating habits, but her entire relationship with food.

“I’ve had to really stay focused on my diet and really concentrate on what I’m putting in my body.”

“You have to track every bit, and you can’t get away with the bites because they add up. You have to be completely honest with yourself, and I think just creating that relationship of honesty with yourself is so good.

Simpson says her goal is lose weight for health reasons and not vanity.

“I want to be a phenomenal role model for my child,” she said, adding, “Motherhood is a dream.”

Simpson also showed off a picture of her four-month-old daughter Maxwell wearing a yellow string bikini. 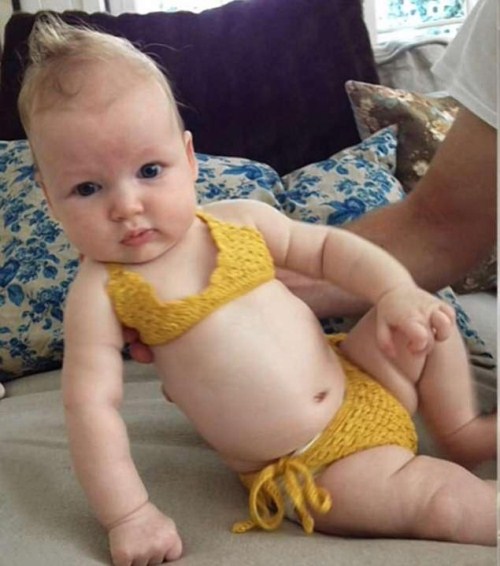 The photo is sure to create some controversy. My daughter is 14-months and I have never put her in a normal bikini! What do you think of the picture? Is it inappropriate or okay?

Kate Hudson Takes Off With Bingham

Tori Spelling Wants To Adopt In The Future