Jennifer Lopez “You Never Want To Break Up A Family” 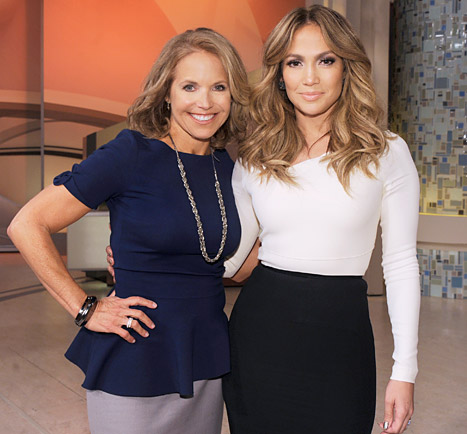 Jennifer Lopez has opened up about the difficulty of making the decision to split with Marc Anthony the father of their two twin children Max and Emme.

During an interview with  Katie Couric on Friday, the singer admitted she had to really think carefully before splitting with Anthony because it is difficult to break up a family.

“You never want to break up a family,” the singer, 43, explained. “That wasn’t my dream. My dream was for us to always be together. But things don’t work out, and you feel like it’s the better choice. If I didn’t feel it was the better choice, I wouldn’t have done it, you know?”

Fortunately, the two didn’t have a messy divorce and are able handle their their co-parenting duties.

“We’re doing good with it. We love our kids and we have love for each other and we always will,” the Bronx-born beauty shared. “We were friends from before and we’re friends now,” she told.

Lopez who is now dating boyfriend Casper Smarts says she hasn’t giving up on the idea of happily ever after.

“I believe in love. I believe in marriage,” Lopez said. “I’m just trying to get it right, like everybody else.”

The two have an 18-year age difference, but Lopez insists they don’t really think about it.

“Until somebody brings it up, I don’t think we really think about it,” Lopez revealed. “We’re just two people who have similar interests and love a lot of the same things and who get along.”