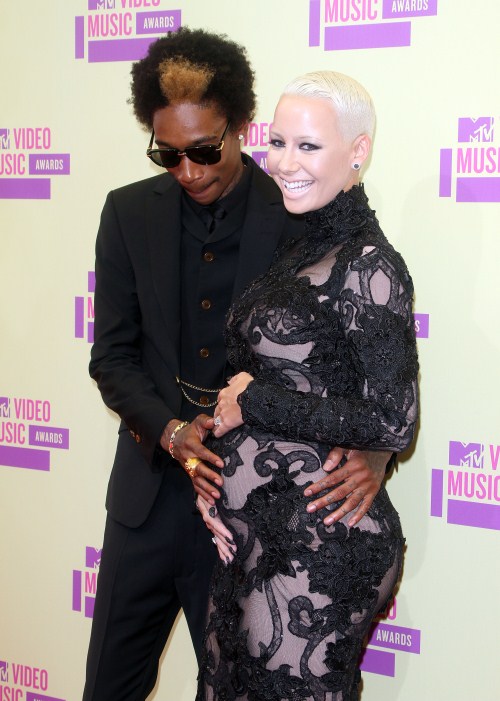 Amber Rose announced her pregnancy to the world while posing for photographers on the red carpet of  the MTV Video Music Awards on Thursday night.

“We’re expecting a beautiful little baby, me and Amber. We’re so excited,” the hip-hop star told told MTV News’ Sway Calloway on the red carpet. “We’re having a baby!”

Khalifa proposed to Rose on March 1 after more than a year of dating. The two currently reside in Canonsburg, Pennsylvania.

From Bottle To Sippy Cup