Will Bristol Palin Lose Custody Of Her Son Tripp? 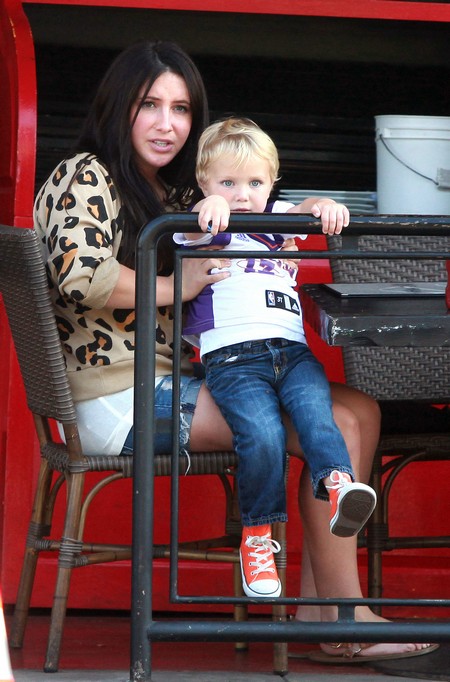 We recently reported that Bristol Palin’s son Tripp Johnston was caught using a gay slur.  “Tripp is caught on camera referring to his aunt Willow as a “f*ggot.”  Both sisters at first gasp and then burst into giggles.  Later Bristol says that she is “doing a terrible job disciplining Tripp… I know he’s going to continue to push the boundaries.”

Well it seems that Bristol’s baby daddy Levi Johnston saw the news and he is not pleased.  Levi thinks that Bristol is a terrible parent and he wants custody of their son Tripp, because he is a better parent right?  Now Bristol herself admits on her reality show that she doing a terrible job, so what is a father to do?

TMZ has the scoop on the drama, “Levi tells us, Tripp “deserves a better family” than what Bristol and the rest of the Palins are providing — adding, “I love my son more than anything .. and I will do whatever it takes to make sure he is raised the right way.”

To ensure that happens, Levi dropped by the courthouse in Wasilla, Alaska this week to pick up all the necessary paperwork to obtain full custody of Tripp — and he plans to file it ASAP.”

Sure Bristol does not seem to be a great parent, but can you imagine any court awarding custody to Levi Johnston?  Probably not!  So what do you think, do you think Bristol Palin will lose custody of her son Tripp to Levi?  Hit the comments and let us know your thoughts!

Pregnant Tori Spelling And Family Out For Lunch (Photos)