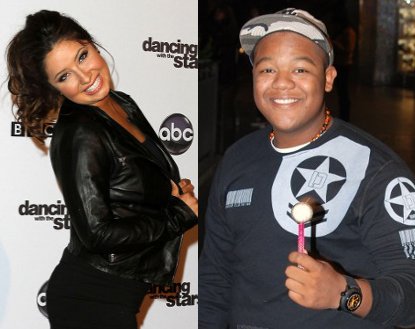 Sarah Palin is very upset with her daughter Bristol Palin. After recently cutting things off with her ex, who was a pipeline worker from Alaska, Bristol is now dating Disney star Kyle Massey. Even though 20-year-old Bristol is still young and just trying to find a man she is happy with, it doesn’t seem to be going over to well with momma Palin.

“Sarah is furious at Bristol for going so quickly from man to man,” a source said.“She is doing her best to prevent Bristol’s new relationship from being featured in the reality show. Bristol is completely rebelling against her mother — now that she’s experiencing life outside of Alaska and away from Sarah. She has opened her eyes and realized how sheltered and programmed she was.”

As we previously reported, Kyle and Bristol are moving in together and are filming a new show. Bristol claims to have every intention of the show documenting their blossoming relationship. In order to prevent the romance to be publicized, Sarah is considering moving in next to her daughter!

Bristol will have none of it though. “Bristol told Sarah: ‘Back off and let me lead my own life!’ She doesn’t agree with her mom’s politics or her controlling ways,” a spy says.

Bristol is the mom of her two-year-old son Trip, who she had with her ex-fiance Levi Johnston.

TLC’s The Little Couple is Back!

Will Bristol Palin Lose Custody Of Her Son Tripp?