Ryan Gosling Believes That Marriage Does Come Before a Baby Carriage 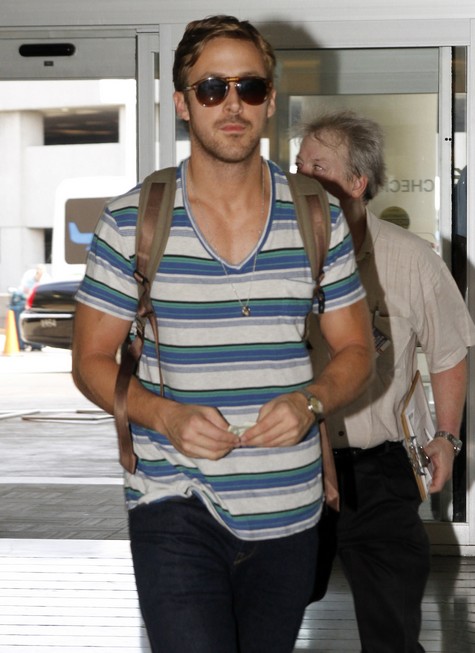 In a world where baby mamas are not to be confused with wives’, Hollywood hottie Ryan Gosling prefers to do things the traditional way.  He wants the committed relationship to be an actually marriage before he intends to be anybody’s daddy.  Girlfriend, Eva Mendes, is super gorgeous but not getting any younger and it’s rumored that the 38 year old wants to start a family- like yesterday.  The Star magazine has the latest on this loved up couple,

“Just a couple of months ago, Star reported that Eva Mendes was upset that Ryan Gosling didn’t want to have a baby with her. But now he not only wants to have a child, he wants them to get married first! Ryan believes in marital commitment before children,” says an insider. “But Eva doesn’t support the institution of marriage. She’s very outspoken about it.” Still, the 38-year-old knows her baby making years are on the wane, and she’d love a child.  “She considering caving and actually proposing to Ryan on their one-year anniversary in September,” the source says.”

This is a switch!  We usually hear about the woman waiting patiently for her guy to be ready. Do you think Eva will marry Ryan or will that baby come first?  Tell us your thoughts in the comments below!

Infant Fever: When To Worry