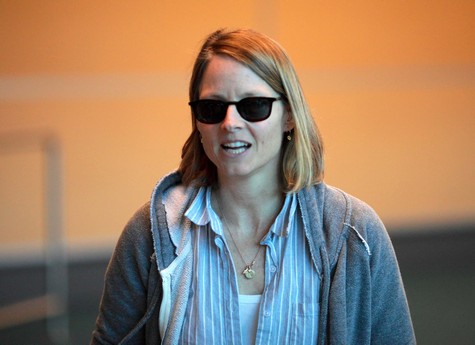 Jodie Foster was interviewed this morning and she came out again to defend Kristen Stewart, again!  Kristen Stewart’s claim to fame lately is that she cheated on Robert Pattinson with Rupert Sanders and she got caught doing it.

Jodie said, “In my era, through discipline and force of will, you could still manage to reach for a star-powered career and have the authenticity of a private life.”  Today, things have changed: “If I were a young actor or actress starting my career today in the new era of social media and its sanctioned hunting season, would I survive? Would I drown myself in drugs, sex, and parties? Would I be lost?”

Jodie goes on to say she would never have survived in today’s climate of paparazzi and public humiliation.   Jodie totally understands why it sends some young actors and actresses into doing drugs and excessive plastic surgery.

Jodie certainly has a good point the constant barrage of paparazzi and attention must be suffocating and Hollywood if not the ideal place for a child too grow up.  However, in the case of Kristen Stewart she had a relationship with a married man and got caught with him in a car making out.  If she had done it in private the fallout may not have been as bad!  This was not the paparazzi’s fault, this was Kristen’s fault.