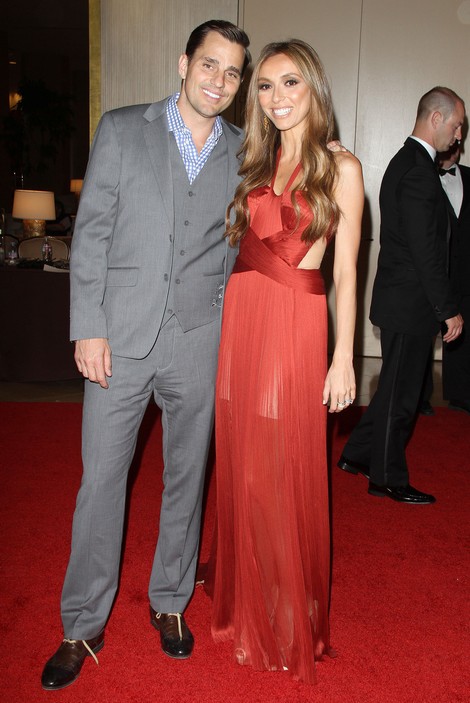 The little tot weighed 7 pounds and 4 ounces at 10:12 p.m.in Denver, Colorado and Giuliana and Bill named him Edward Duke Rancic.

Giuiliana confirmed to E!, “Bill and I are blessed beyond words to welcome Edward into our lives,” Giuliana tells E! News, confirming the arrival. “Thank you so much to everyone who supported us.  We are so in love with the little guy already!”

Bill announced his new son’s arrival on twitter tweeting, “The ‘Duke’ has landed! Edward Duke Rancic was welcomed into the world last night at 7lbs 4oz. G & I feel blessed beyond words…We did it!”

Both Giuliana and Bill were in the delivery room for the labor which lasted four hours.  Bill got to cut the umbilical cord and Giuliana was the first to hold their new son.

Congrats to Giuliana and Bill on the birth of their new son!

Giuliana and Bill Rancic Are About To Become Parents!