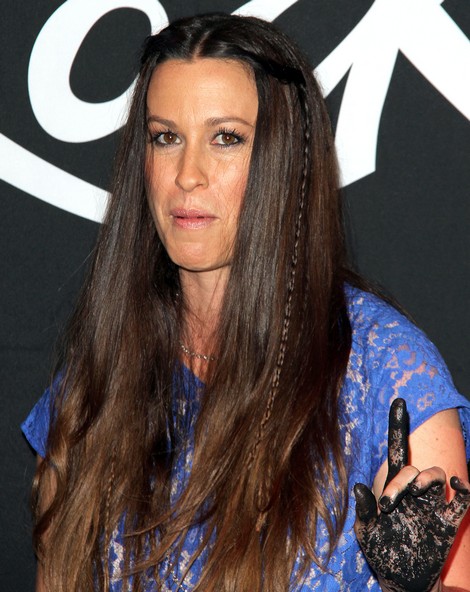 Postpartum depression can attack any woman that has a baby. It doesn’t matter if it’s your first child or your sixth, if it hits you it’s like trying to crawl out from beneath an anvil each day.  Alanis Morissette is the latest celebrity mom to open up about her own struggle after delivering son, Ever Imre in 2010.

She told ET, “I just thought it was a swampy chapter, if I soldiered it out, that it would go away. I came to realize that the longer I waited, the more intense it would become.  I think if there is any goal in me talking about it, it would be to eradicate the shame around it,” she explains. “It’s just what happens sometimes and, for me, I just waited way too long to reach out for help.”

Unfortunately, Alanis is not in the minority either. It is reported that 10 to 15 percent of women will suffer from postpartum mood disorders, which can include depression, anxiety, OCD and psychosis.  According to postpartumprogress.com

“Postpartum depression is far more common than gestational diabetes. PPD is also more common than preterm labor, low birth weight, pre-eclampsia and high blood pressure; in other words, PPD is the most common complication associated with pregnancy and childbirth.”

Have you suffered a bout of postpartum depression?  Do you think that it’s helpful when celebrities like Alanis come forward?  Tell us your thoughts in the comments below!

Howie Dorough To Become A Father For The Second Time