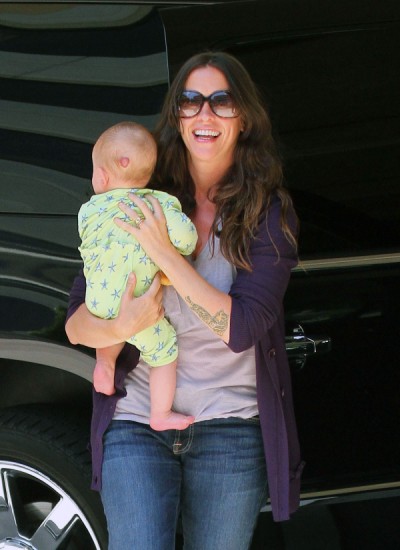 Time’s magazine cover is still causing a controversy among mothers and Alanis Morissette is now joining the conversation on breastfeeding. Alania is a fan of attachment parenting and she says she will continue to breastfeed 16-month-old son, Ever Imre, until he’s ready to quit.

“I breastfeed and I’ll be breastfeeding until my son is finished and he weans,” Alanis told Access Hollywood. “I think it affords the child, when he grows up, to have a lot less therapy to go to. For me, I protect his safety and his well-being and his attachment. That stage of development is a very important stage.”

Alanis joins fellow stars Alicia Silverstone and Mayim Bialik with this belief. Bialik literally wrote the book on the subject entitled, Beyond the Sling.

People magazine reports that Alanis, along with husband Mario “Souleye” Treadway, stay “skin-on-skin connected” as much as possible and even sleep in the same bed with Ever. Luckily, Alanis admits it hasn’t stopped the couple from their all-important alone time. “He’s a very robust, virile man,” she says with a laugh. “You gotta take care of your husband.”

Do you agree with Alanis? Do you think this form of parenting will result in less therapy for children or do you think it’s a little too close for comfort?