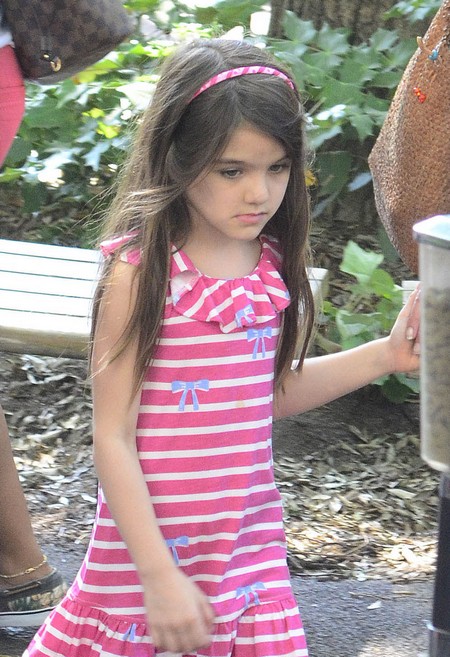 Suri Cruise may be a casualty of her parents recent break up but she has been named the Most Stylish Kid of the Year, according to British family-gifting website TwistedTwee.co.uk.  The website’s owner, Suzi Warren, says, “Aliens and pocket-sized papas haven’t hindered Suri in becoming (our) most stylish sprog (child). She was head and tiny shoulders above all over the other celeb children in our poll.”

Suri is already said to have a wardrobe worth over 2 million bucks, easily making her the most fashionable 6 year old around.  Who else landed on Warren’s list?  Suri just barely beat out Blue Ivy Carter for the top spot.  Beyonce and Jay-Z’s 6 month old landed in second place, followed by Willow Smith and Nicole Richie’s daughter Harlow.  Rounding out the top five is David and Victoria Beckham’s daughter Harper.

Do you think Suri, with her red lipstick and kitten heels really is the most stylish kid around?  Should the most stylish kid also be carried everywhere clutching a stuffed elephant or dragging a blanket?  Isn’t style also about how you carry what you wear, even if you’re six? Are there other kids that you think should have made the list instead?  Tell us your thoughts in the comments below!