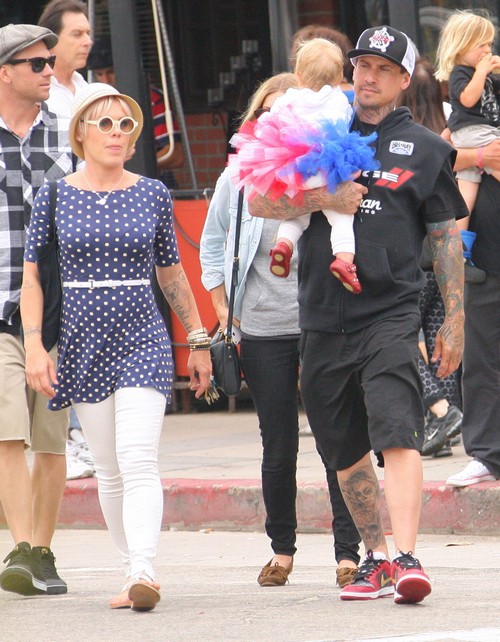 Pink and her husband Carey Hart celebrated Independence Day with their daughter Willow on July 4th.  Willow looked adorable in a patriotic tutu and headband as Hart carried her across a street. The family rented bikes for the day.

Pink is planning to release her first album of new material in four years. In a video posted to fans on Wednesday, the singer revealed the name and release date of the follow-up to 2008’s Funhouse.

“My new album is coming out on, I believe, September 18 and it’s called The Truth About Love,” said the singer.