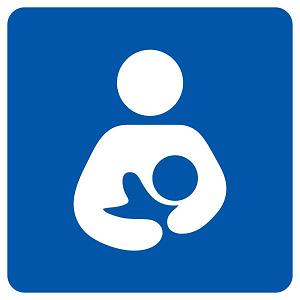 When I had my first child I was worried I was starving him. He would eat about every three hours during the day but at night he just wanted to eat around the clock. I even called in his baby nurse on the last night of our stay. I was pretty much in tears, but she assured me it was normal to just feed him on demand.

I listened to her and from there it was pretty smooth sailing. The worst I had to deal with was leaking which was more annoying than challenging.

So when I had my second child, I thought I was good to go. I was an established breastfeeding mother. I had fed my first baby till he self weaned at 18 months, when I was 4 months pregnant with my second.

When my second child arrived we got right to breastfeeding. I learned he was slightly tongue tied and what to look out or, but it didn’t hinder his feeding so it was not a concern. Whew, surely that would be the only issue. HA! My milk came in much sooner than with my first, it was only 36 hours after birth and I was painfully engorged. My son couldn’t even latch I was so full. I fully grasped how so many women had issues exclusively breastfeeding. It was hard, painful and challenging. But I stuck it out. I used reverse pressure softening and had my little guy nursing as often as possible. I also switched between hot and cold compresses. After nearly two days, things settled down and I was back to normal.

Another common breast feeding challenge I faced was sore nipples. because we were feeding so much, they became cracked and dry. It was very painful. I used Lanolin right after each feeding and before showers, to protect and heal the. It took about a week to heal fully.

Now we are in full swing, no hiccups 9 weeks in. But there are other common challenges that are totally normal. Finding ways to work through them is important, knowing you are not alone, and it is possible to overcome these issues and continue breastfeeding your little one. Here is a list of other common issues and complete scenarios on how to cope.

Alessandra Ambrosio and Anja Mazur Battle At The Beach