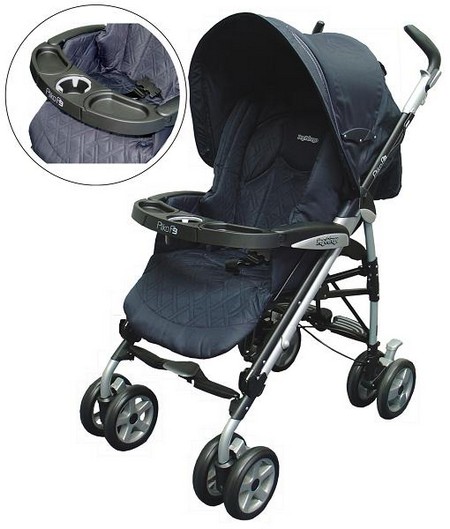 In Tarzana, California, back in 2004, loving parents lost their six month old baby boy to a senseless death when he was strangled when his head was trapped between the seat and the tray of his stroller that was meant to protect him.

The stroller that caused the baby’s death was sold at major national retailers and now, after a long eight years, due to safety risks, Peg Perego USA Inc are recalling 223,000 units.

Furthermore, three years after the baby’s death, a seven month old baby from NY was also nearly strangled when she was trapped and it still took Peg Perego USA Inc yet another five years to recall the dangerous strollers.

RECALL:The recall affects strollers that were sold at major children’s stores including Toys “R” Us Inc.’s Babies R Us and Bed Bath & Beyond Inc.’s (BBBY) Buy Buy Baby between January 2004 and September 2010, at a price between $270 and $450.

The recall involves two older versions of the Peg Perego strollers, Venezia and Pliko-P3, that were manufactured between January 2004 and September 2007. They were made before a January 2008 voluntary industry standard that requires larger openings between a stroller’s tray and the seat bottom.

It is a relief to know that these strollers will be removed from the market, but this is definitely not enough passion on Peg Perego USA Inc’s part to put closure to this tragedy in taking eight years to acknowledge that their product caused the death of a six month old.

Statement from Peg Perego – Peg Perego learned about the unfortunate death in July of 2010 from the CPSC. Once informed, we cooperated fully with the CPSC to determine the proper course of action, which resulted in yesterday’s recall.

You might also likeMore from author
Expectant Mom Gift Guide

Joovy Toy Caboose & Carseat – Playtime Has Never Been So Fun…

Kate Middleton Buys A Blue Bugaboo Carriage, Proof She Is Having A Boy?