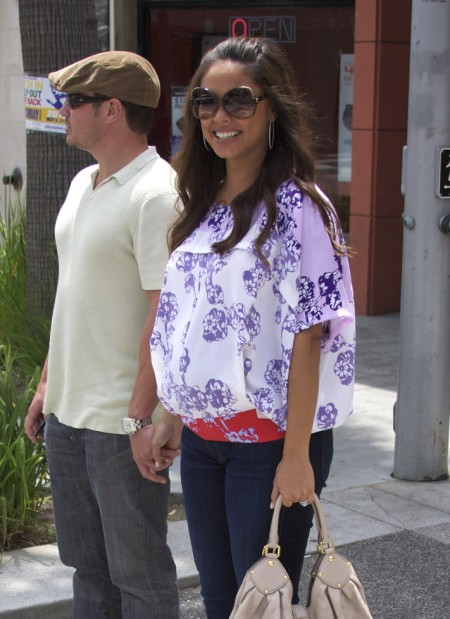 Vanessa Lachey might say she loves everything about being pregnant, but there’s one thing that kind of has her freaked out. The mom-to-be told Bethenny Frankel on an upcoming episode of her show that her belly button’s keeping her up at night.

“Everyone’s belly button is different. Some women’s belly buttons pop and some women’s [don’t],” she said. “I thought, ‘Oh, I wouldn’t mind if it popped because then it would be like the turkey’s done, right?’ And it’s cute. But my stylist was like, ‘You don’t want that to pop. That’s like having a third nipple.'”

But that’s not stopping her from enjoying the experience. “I love everything about being pregnant! It’s empowering as a woman to be able to go through this process and create a human being.”

What do you think about the belly button popping out? Cute or not so much?