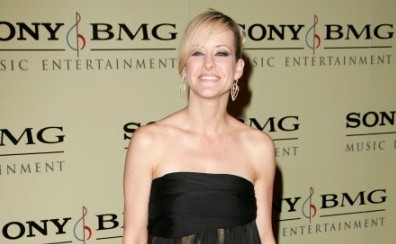 Dixie Chicks’ Emily Robison is pregnant with her fourth child! This is her first child with boyfriend, Martin Strayer. She already has seven-year-old twins Juliana Tex and Henry Benjamin and nine-year-old Charles Augustus with ex-husband, Charlie Robinson. Those are some great names!

The talented musician’s publicist confirmed the news to Us Weekly saying, “She’s excited!” The baby boy or girl is due in early September. Until then, Emily is hard at work in her new country band, Court Yard Hounds, which she started with her sister and fellow Dixie Chick, Martie Maguire.