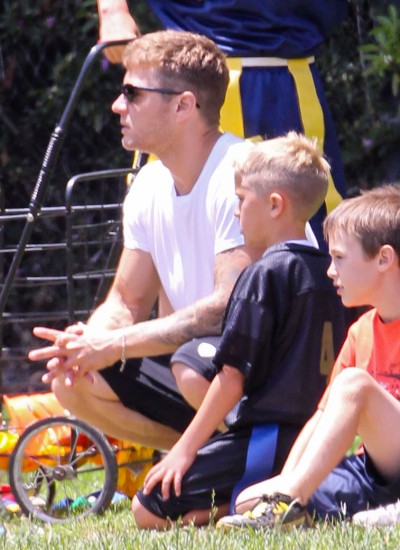 Ryan Phillippe coached his son Deacon in a game of flag football yesterday in Los Angeles. Ryan’s girlfriend, Paulina Slagter and daughter Ava were also on hand to cheer on Ryan’s mini me. Photo agencies said Paulina was wearing a diamond ring on her ring finger giving rise to speculation that the couple are engaged. Ryan and the 20-year-old model have been dating since last December. We’ll have to wait and see! In the meantime, I like looking at these pics so much. It’s adorable that Ryan coaches this team. He looks so serious!