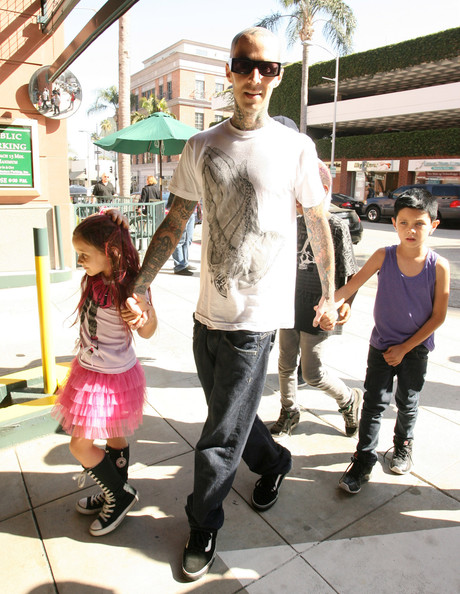 Travis Barker took his two kids eight-year-old Landon and six-year-old Alabama Barker for a doctors visit in Beverly Hills, Ca on Tuesday. The musician was dressed in a white shirt and jeans while holding their hands.

Barker’s band Blink-182 were forced to cancel a number of North American tour dates after he had to undergo an emergency tonsillectomy.

“Blink-182’s drummer, Travis Barker, required an urgent tonsillectomy with a recovery period expected to extend beyond the scheduled tour dates,” the group said in a statement. “The band apologizes for any inconvenience as a result of these cancellations and thanks their fans for their ongoing support,” said a rep of the band.
VIEW GALLERY /5 PHOTOS
Continue Reading